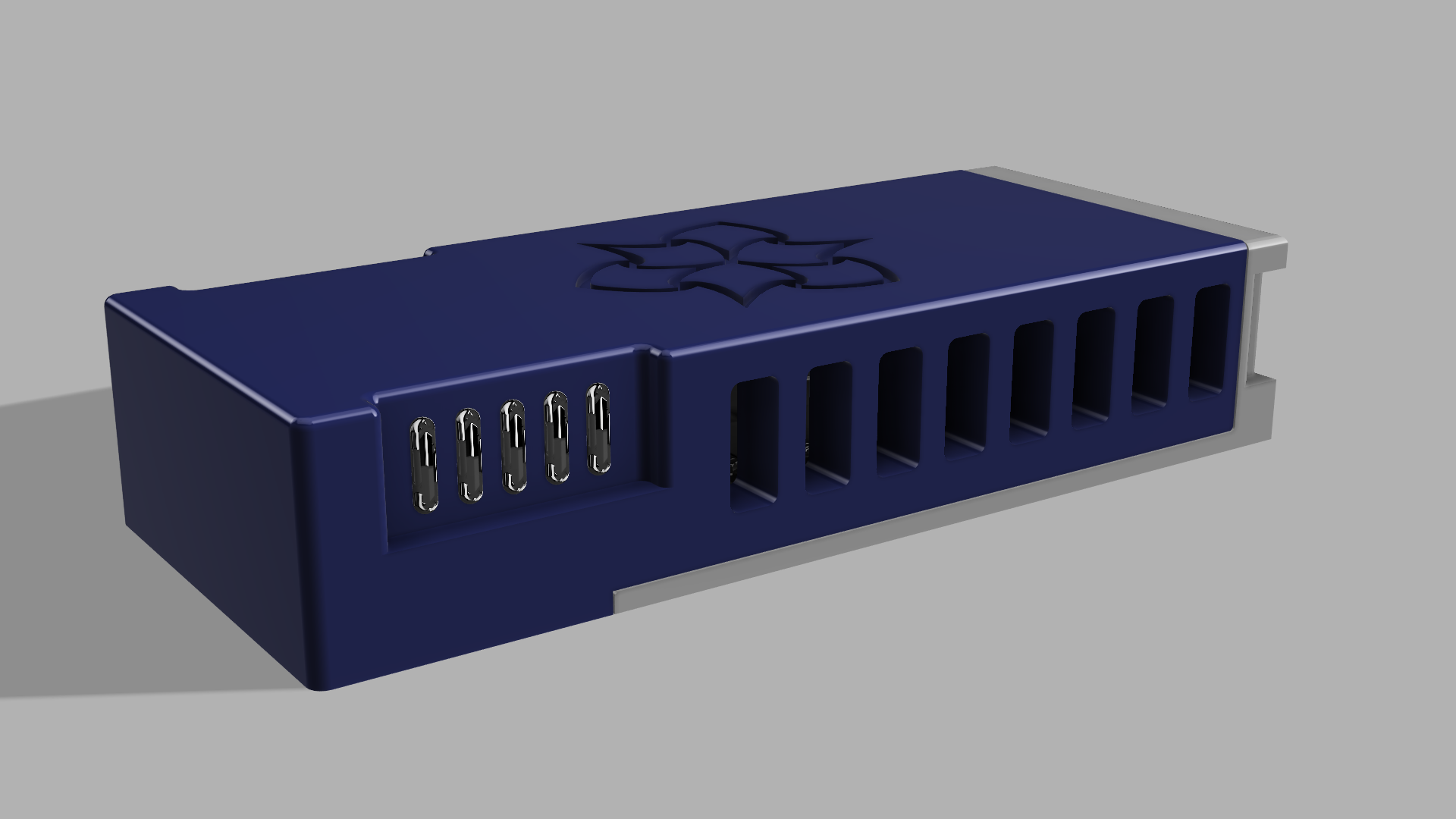 When I first started off using fusion 360 I wasn't the best didn't know what any of the tools did and I created the first Raspberry Pi Zero case which was taken from the iPhones bumper cases the concept was for the board to have a bumper case which if dropped would bounce off the floor to protect the board from breaking. Many sessions of fusion 360 showed me new ways of creating newer and better layouts as well as many tools that can be used for my final product. Most of the tools used for the current case I had never used heard of such as Fillet, chamfer and shell these tools helped develop and increase my skill within fusion 360.


I used a range of tools and modifications for the new case and all in total there were over 30+ changes to the case as I wanted it to handle as well as perform well under stress. The case has many air vents for hot air to vent and the cooler air to come into the case. The case has many small benefits for easy excess I wanted to create a Knurling effect on the side which would help to pull open the box.

Here is a video of the case working.